Top class facilities for Polocrosse World Cup in Warwick in 2019 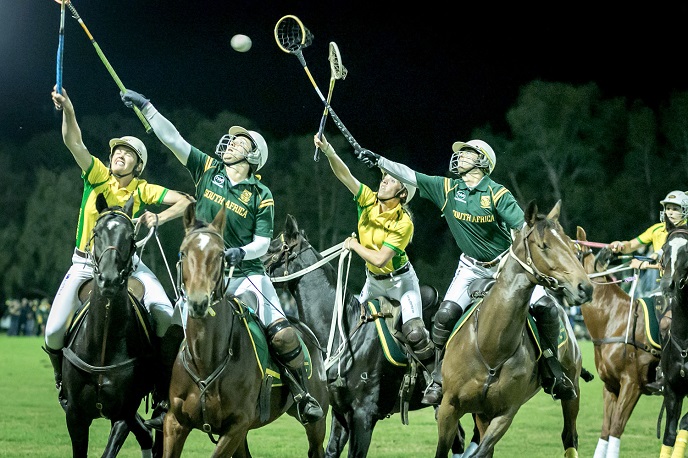 Australia and South Africa in action during last year’s four-day test in Warwick. (image courtesy of the Warwick Polocrosse Club).

With preparations well underway for the world’s best polocrosse players to converge on Warwick for the World Cup next year, the Southern Downs Regional Council and the department have joined forces to upgrade Morgan Park to international standards.

Using $2.06 million in funding from the 2016-2017 Works for Queensland (W4Q) program, the council has installed a 5.8km raw water supply pipeline from Connolly Dam to Morgan Park and industrial estate as well as a sewer to Morgan Park.

Under the 2016-2017 W4Q program, $200 million was allocated to 65 councils throughout regional Queensland to complete more than 700 projects.

Southern Downs Regional Council Mayor, Tracy Dobie, said the pipeline would make a huge difference to the park which was a major sport and recreation facility located in Warwick.

‘The park hosts a range of events including horse trials, polocrosse, dirt bikes, drag racing and circuit racing,’ she said.

‘The new infrastructure, made possible by the W4Q program, will result in a better visitor experience because it will enable the upgrade of toilets and showers, wash-down facilities and irrigation of the playing fields and spectator areas.

“This will make Morgan Park a far more attractive and comfortable venue for watching live horsepower which includes both horse and motor sports.’

Mayor Dobie said the Polocrosse World Cup would attract crowds of approximately 60,000 people from 22-28 April in 2019.

‘This will equate to approximately 10,000 people per day coming into the region, many of whom will stay for two days,’ she said.

‘There will be more than 2000 competitors staying in the Southern Downs Region for the week and this will equate to 14,000 visitor nights. Tourism statistics indicate that overnight visitors spend approximately $130 per night which means that the polocrosse will bring approximately $2.5m into the region.’

The W4Q program is now a $600 million funding program commencing in 2016-17 until 2020-21, administered by the Department of Local Government, Racing and Multicultural Affairs. It supports regional councils to undertake job-creating maintenance and minor infrastructure projects.